Governance and strategy for open government 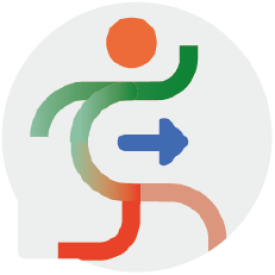 Collaboration between governments and civil society is essential for democracy. This is why OGP requires member countries to create equal fora for debate between public administrations and organizations representing citizens in order to carry out multilateral consultations and implement transparent and participatory reform processes in the implementation of open government principles.

Italian civil society has always been characterized by a spontaneous tendency to organize itself in different forms, from non-profit organizations to the bodies now defined as the third sector, and by significant levels of voluntary participation in public initiatives. Although there has been a decline of trust in the institutions, evident in the absenteeism recorded at the last local elections, to varying degrees and modalities depending on the level of government, our country nevertheless records a significant continuity in the participation of civil society, albeit to different degrees in different geographical areas. There are methods, tested for more than twenty years in Italy, to involve stakeholders in discussions on decision-making processes related to public policies for the provision of services or the creation of public infrastructures. Since 2016, there has been an Open Government Forum bringing together 108 organizations from civil society, academia, business, and consumer protection associations, created to enable regular civil society consultations on open government issues, and increase citizen involvement in the development and monitoring of National Action Plans.

Since then, advances have been made from the perspective of citizen participation in public policymaking, in different territorial realities, particularly at the regional level. At the national level, mandatory Public Debate was introduced in 2018 for all works above a certain cost or size threshold. In 2019, the national open-source platform ParteciPa was created for online consultation, made available to administrations interested in implementing participatory processes and through which, to date, 14 public consultations have been promoted on a national scale. As of 31st December 2019, according to the latest update of ISTAT's permanent census of nonprofit institutions, there were more than 360 thousand third sector organizations in Italy registered in the register established in 2017 by the "Third Sector Code". The phenomenon is constantly growing, in parallel with the regulatory evolution represented by the approval of the Regulations implementing the Code. Most recently, the launch of the Single Register of the Third Sector, which will be operational from November 2021. These organizations can now also receive funding through donations made by citizens in their tax returns.

In spite of this context, the latest feedback received by the independent evaluation body (IRM) in relation to the process of defining the 4th NAP, highlighted the absence of an equal forum of confrontation between governmental and non-governmental representatives, since the Forum groups only civil society organizations, underlining insufficient transparency on the decisions taken and the activities carried out in the absence of minutes. The indication to Italy basically consisted in increasing the active participation of the CSOs of the Open Government Forum in the process of selecting and drafting the actions of the Action Plans.

Due to the pandemic that broke out in March 2020, the OGP initiative in the country suffered a lack of momentum, which led to the interruption of most of the ongoing activities and dialogue with civil society organizations in the Forum. Since July 2021, in the context of the restart of a national reflection in view of the definition of the fifth Action Plan, which involved simultaneously in the discussion, albeit at a distance, all the components of OGP Italy (the CSOs and the PAs), it was agreed that it was necessary to strengthen the participation in the initiative, with the aim of making it more open and inclusive of the different points of view of the stakeholders. The decision to initiate a process for the creation of a Multistakeholder Forum, as a qualified actor for the definition of a national strategy for open government in Italy, was therefore identified as one of the key commitments of the next NAP.

On the 25th of August 2021, a consultation was launched on the ParteciPA platform to collect
proposals and contributions from CSOs and PAs with respect to the creation of the forum itself and for recommendations from potentially relevant public and private actors. This first consultation closed on September 19th.

During a subsequent general meeting of OGP Italy, held on 23rd September 2021, the discussion on the prospect of setting up the Multistakeholder Forum advanced, following the consultation process. In particular, the participants in the working groups discussed the composition and the roles within the Forum to be set up. Greater convergence emerged on the need for the Forum to be open and inclusive, providing for the involvement of the main stakeholders (i.e., government bodies, civil society organizations, businesses, public communicators, universities and research centres...) with respect to the policy areas of open government and on the introduction of clear rules that guarantee rotation of roles and transparency of results and information circulating.

An online call for civil society and administrations interested in contributing to open government
initiatives was open from 30th September to 31st October 2021 to confirm or reiterate their interest in participating. Letters signed by the Minister for Public Administration were then sent out requesting the appointment of top-level representatives of key institutional players for open
government: in particular, delegates from all the Ministries and PCM Departments concerned,
ANAC and the National Commission for Public Debate, as well as the Regions and Local
Authorities, were called to participate.

Through these preliminary actions, the objective of broadening and qualifying the OGP Italia
community was achieved in view of the creation of the Multistakeholder Forum, which will be the
qualified actor to define a national strategy for open government, which will be the result of an
inclusive, transparent and participated co-creation process.