Promotion of the civic space 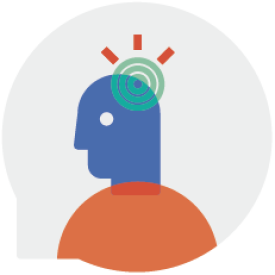 The civic space includes the fundamental freedoms of expression, peaceful assembly and
association, the protection of privacy, and the rights of inclusive participation, ensuring that women, young people, linguistic/ethnic minorities, persons with disabilities, and under-represented groups are fully involved in political, economic and social life.

The duty of governments to protect civic space is a precondition for the construction of genuinely inclusive societies, in which all individuals can freely develop their personalities and actively participate in public decision-making processes. However, the commitments for protecting the civic space undertaken by OGP members have been limited in number and ambition. Out of 104 undertaken commitments starting from 2020 by 42 countries, 51% were considered "impactful", and only 14% showed significant results in opening
the government, according to the Independent Reporting Mechanism (IRM) assessment.

Important initiatives to protect the civic space are contained in Italy's 4 NAP: Action 2 on the transparency of public administrations; Action 4 on opening public decision-making processes to all interested stakeholders; Action 8 on the promotion of equal opportunities as a transversal dimension of organisational performance for an inclusive PA; Action 10 on citizenship rights and the development of digital skills of young people (10.11 Youth Portal).
The G20 under the Italian presidency confirmed the governments' commitment to adopt "all available means" necessary to tackle the negative effects of the COVID-19 pandemic, which mainly affected women and young people, aggravating economic and social inequalities. In the National Recovery and Resilience Plan (NRRP), the government dedicates a specific Mission to inclusion (Mission 5 - Inclusion and cohesion). This mission plays a central role in pursuing the objectives of supporting female empowerment and the fight against gender discrimination, increasing the employment prospects of young people, territorial rebalancing and development of the South of Italy and inland areas.

The interventions outlined in the Plan aim to make up for the delays that historically penalise the country. The persistence of gender inequalities and the absence of equal opportunities constitute a significant obstacle to economic growth and social development.
For this reason, NRRP reforms and investments share cross-cutting priorities relating to equal generational, gender and territorial opportunities. To be effective, structural, and in line with the European Pillar of Social Rights objectives, Italy's recovery must give equal opportunities to all citizens, especially those who do not fully express their potential today.
In this context, the 5NAP declines the civic space into two sub-dimensions: 1) gender equality in the public and private sectors; 2) young people and participation.

Gender equality in the public and private sectors